Skip the Beach, Attend the Rodeo

Labor Day Weekend is going to be a hot weekend with food truck events and it’s all happening in Durham!

Friday, it’s the “Bet Heard Around the Triangle” finally gets paid.  US Soccer fans I don’t want to revive sour feelings, but our World Cup elimination results in work on Belgian Waffology.  On Friday, the truck will be parked outside Fullsteam Brewery and I’ll sling Brussels and Liege waffles.

Also at Fullsteam, the brewery will celebrate its 4th anniversary with a party and festivities.  I saw Sympathy 4 the Deli and Sōl Tacos will be there.  Fullsteam will celebrate with style calling the event “Hyperlocal” where they will focus on local products.

And not too far from Fullsteam, on Sunday Durham Central Park becomes a food truck rodeo with 40+ food trucks surrounding it with several on Hunt Street.

This is in addition to Breakfast Rodeo, the Farmers Market, Beer Durham, and Cocoa Cinnamon’s events!  So make it a Staycation. 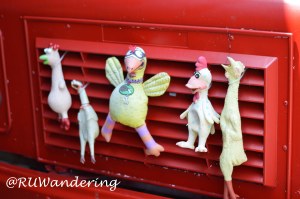 Heads up in advance of the weekend events, Virgil’s, Gussy’s, Captain Ponchos, Hibachi Xpress, Ladybug’s Treats, and Chick-N-Que will be at the Raleigh Sam’s Club (3001 Calvary Drive) for the Community Day.  The event is from 12-6pm. 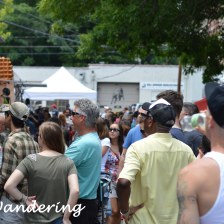 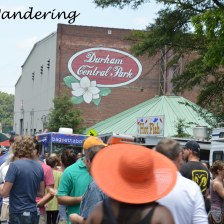 As mentioned above, this rodeo takes over Durham Central Park and Hunt Street for a rodeo that has live music, grass to lay a picnic blanket on, and food trucks.  The event is from 12-4pm.

The music line-up has been up for days, but it looks some of the food truck events associated are being revealed.  The first event I saw is called Babes in Boyland.  The event sounds really cool and has a lot of things going on. The trucks announced are Chirba Chirba, Pie Pushers, and The Parlour.  There are other vendors involved, but food enthusiasts will notice the Ashely Christensen Bloody Mary Bar and Cold Press Slingshot coffee.   Also to note is proceeds from the event will go to Girls Rock NC.

The Raleigh Little Theatre is having a party with Gussy’s Greek Truck and Raleigh Brewing Company.  The event is free to the public, but they are asking to RSVP (please RSVP, it helps with crowd control).  For more details, see the Facebook Page.

Double Barley is a brewery out in Smithfield that is having a food truck rodeo and craft fair.  Food trucks, 20 artists, and live music will be there from 2-6 pm on September 20th.

Update:  Follow them on Twitter (@Beericana) as I’ve seen tweets where tickets are being given away at breweries and events.

And the rumors are true, a food truck rodeo is coming back to Wake Forest.  The line-up has not been announced, but the location is the same spot at the Over The Falls Center on Elm and Brooks in Wake Forest.  The date has been set for November 9th.  Check out more details on their Facebook Page here. 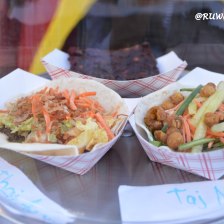 Last Thursday, AmigoSan was at Lucky B’s for the weekly Glenwood South Concert Series sponsored by Shop Local Raleigh.  I stopped by as this was the first time AmigoSan was outside of a Railhawks game.  The menu is very flexible in regards to choice of meat and a set line-up of toppings.  I went with the chicken and the truck’s namesake, AmigoSan (the taco pictured by itself). Also, loaded tots are on the menu and serving Jarritos sodas.  The chef behind the truck is Ed Saturo and you can follow the truck @AmigosanFood and check out their site at Amigosanfood.com. 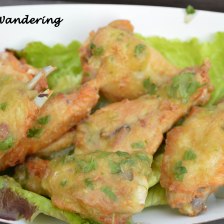 Also, Bam Pow Chow hit the streets on Friday (surprise!), in addition to, their announced Lonerider Brewing spot on Saturday.  They are slinging tacos, wings, and more (Pineapple Upside Down Cake was the more Saturday).  One thing to note is their tacos are different than other taco trucks where they are doing a fried wonton shell.  I tried the Cilantro But Deadly and Orange Glazed Duck tacos.  The McCoy family seemed to be busy this weekend and are looking to expand elsewhere.  Check them out on Twitter @BamPowChow.

JP Murica’s South American Tapas truck is going full throttle in September.  I heard about the truck awhile back from my friend, Triangle Localista, but I hadn’t been able to catch them.  They will be at Deep River Brewing September 7th.  They posted a few more events in September both in the Triad and the Triangle.  Follow them on Twitter @Kocinafoodtruck

I thought this had opened earlier, but I actually saw a mention that Clouds Brewing (126 N West Street, Raleigh) is having a Grand Opening August 29th. Not sure if there will (or can, few restaurants nearby), but breweries are magnets for food trucks. I did here Nickelpoint Brewing (506 Pershing Road, Raleigh) is opening soon (possibly Labor Day weekend, wait that’s this weekend?!) and they have been inquiring food trucks about setting up at their location. 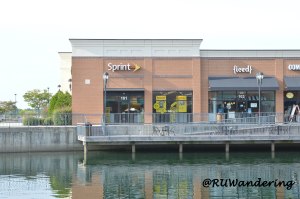 In August, Iced Cupcakes opened their brick and mortar location near Triangle Town Center in the Poyner Place shopping center.  Last Thursday was their grand opening, which featured a Brood Soda tasting station, a kids create your own cupcake station (with parental help), and Hard Knocks (the combat/laser tag center over on Spring Forest) demonstrating their duels game. If you haven’t stopped by, Iced is located at: 5911 Poyner Village Pkwy, next to the Sprint Store in the Super Target/Toys R Us parking lot.

Quick note, Olio and Aceto recently created a cafe Twitter handle, @OlioAcetoCafe.  Be sure to follow it, as I am sure the truck handle will be more where they are at and the cafe will have cafe specifc (like specials). The cafe is in Chapel Hill near the cross streets of US 15-501 and Elliot Rd (400 S Elliott Rd, Chapel Hill).  Sarge’s Chef on Wheels

Be on the lookout as Sarge looks to be targeting September 13th for a grand opening celebration.  Details are still in the works, so if the date changes – blame the messenger.

Currently, Sarge’s is open Monday through Friday from 6 am to 2 pm at 400 Southtown Circle, Rolesville.

Dump Pho King Truck is back on the streets with a surprise arrival at Packapalooza this Saturday.

Sol Tacos and Deep River are ironing out the details for a Beer Dinner.  The date is sometime in November.  Again, Las Vegas doesn’t take my food truck bets, but this event will sell out faster than a One Direction concert.

Sweet Traditions will update their flavors September 15th for the Fall/Winter menu.

A really cool guy I’ve met on the food truck scene, Steve, is doing a kickstarter for new equipment and help start-up a web cooking show.  If you have ever been to Lonerider Brewing on a Thursday, you have tasted Valentino’s great creations.  Hurry! There’s only 4 days to take advantage of food truck dinner for four, a copy of the cookbook, and more.