For the 9 to 5er, Thursday is the tail end of the work week and the beginning of the weekend.  Time for some weekend Food Truck events. 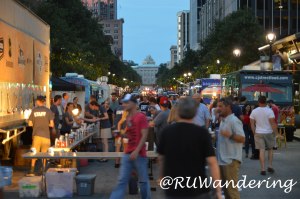 Pickin In The Plaza

The Last One for the SEASON!

Over the summer the same group that brought you Oak City 7 also organized a FREE Bluegrass music series.  I went to last week’s Oak City and it was pretty cool.  If you are looking for some brews, food trucks, and music – this is a great event.  Bring a chair and park yourself in City Plaza.

The Magic Pipers Band will setup outside Lucky B’s Bar for free live music.  Also there will be AmigoSan slinging tacos and tots.  It also looks like a few ALS Bucket Challenges will be fulfill there, so the entertainment doesn’t stop at live music.

Some events to think about this weekend… 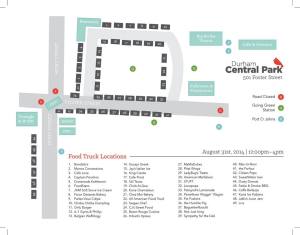 This Sunday is the one that started them all, Durham Central Park’s Food Truck Rodeo. Kocina Food Truck is starting to post dates and will be at House of Hops on Glenwood this Saturday.  College Football season is starting and I had to keep composed that both American Meltdown and Baguettaboutit are scheduled to be in Chapel Hill for the UNC season opener against Liberty.  Saturdays in Saxapahaw is having one of their last Saturday event. Fullsteam is celebrating 4 years on Saturday with a HyperLocal event.  Both Sōl Tacos and Sympathy For The Deli will be there.  On Friday, I’ll be on Belgian Waffology, which will be parked at Fullsteam.  Belgian Waffology and Fullsteam of done a 3 waffle and beer pairing for $20. 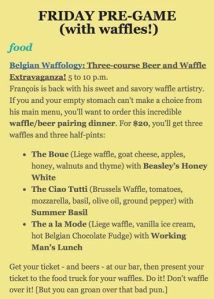 If you got a food truck event, let me know and I’ll be glad to the weekend posts.