The Triangle’s (Raleigh-Durham-Chapel Hill) Food Trucks news related to business happenings, events, and other whatever food trucks, fans, and those interested want to know.

Hot off the Grill this Week

Recent news sizzling on hot asphalt and in conversations

See below for more details on buying the truck, but it pains me to report that a truck is coming off the roster.  I certainly enjoyed a few of the sandwiches I’ve eaten from here.

Baguettaboutit releasing two menu items today.  I didn’t get a chance to get a sneak peek and my clairvoyance is murky, so if you are interested check their Twitter Feed @Baguettaboutit. Update: 1) Nuthin’ But Bolognese- Pasta boats w/ slow simmered tomato sauce & bow-tie pasta 2) Not Ur Mama’s Nachos -all the fix in. Check out a picture and pricing. Available at the cafe at Miami and Alexander.

Carpe Durham tweeted Tootie’s in Durham is raising funds for a live music venue and bar in Durham.  Check out some of their perks which extend out to Funnel Bakes and Urban Entrees.  They are looking to raise $25,000 in over a month with this project.

Late Add: I meant to add this yesterday, but I forgot to write on my news list.  Edward Cumming, a KoKyu BBQ cook, is one of four chefs battling in New Orleans in the Ment’or Young Chef Competition.  The cool part he is up against cook and chefs at ZZest Restaurant (Rochester, MN), Buchon Bistro Beverly Hills (Baldwin Park, CA), and Sunset Grille (Hilton Head Island, SC), which are all brick and mortar locations.  The competition is being held at Emeril’s in New Orleans and other young chefs will compete in Miami, New York City, and Los Angeles.  So Edward could be one of four winners in this competition.  Be sure to think of him on October 19th.  More details about the competition and tickets, see the site.

Translation (I hope my years of Spanish doesn’t fail me), Sōl Tapas will be in Downtown Raleigh early 2015.  That’s all fans got this weekend.  Arguably, Sōl Tacos has been hugely popular and probably the hottest truck this year.  No details on the location, but people are already lined up.  One possible hint of what to expect: Chef Schaumann is doing a Pop-up Dinner at Deep River Brewing November 5th.

More details on Deli-icious was revealed at Double Barley’s Food Truck Rodeo.  They were advertising the location is in Clayton.  Still hungry for information, I found out it is really close to US 70 and near the Garner/Clayton boundary.  Chef Suzie is very excited   (and anxious) since the location will offer a strategic location for the catering side of their business. I’ve been told the next few weeks a larger reveal is happening.  Deli-icious’ concept is a fresh concept.  With their custom hashtag #getfreshwithus and slogan “vegetarians in disguise” they offer options that are healthier and cater to special diets.

You’d be amazed how many people come up and ask me if I knew about the below rodeos… be the know-it-all in your group and study these dates below!

Keep your eyes on Raleigh Food Truck Rodeo‘s Twitter feed (@raleighfoodtruc) as October 12th is just around the corner (two weeks!)  Its one of the few times you can see many of the local trucks, as well as, a few out-of-town trucks.  As details are released, I’ll release more information.

Garner has announced one for October 26th, which sounds like it will be an event for 8-12 trucks, a few breweries, and I believe a desire for a winery.  Details are still pending, but it is going by the name of Trick or Eats and will be on Main Street.  There was a request for interested parties to contact John Hodges at 919.773.4402 or email at downtown garner (at) nc (dot) rr (dot) com [broke up the email address as I didn’t want to create unnecessary emails for the Town].

The blog reported earlier in the summer that Big Mike’s BBQ left View Bar on Glenwood (which subsequently closed) and hinted on Twitter of a restaurant opening.  I took down the update as I hadn’t heard anything.  The buzz has came back and Big Mike’s BBQ recently dropped location details, but no opening date.  The restaurant is near High House and Maynard, across from Kroger at 1222 NW Maynard Road.  Excited to see the Piggy Mac and Redneck Nachos finding a permanent home soon.

Every sweet potato cupcake sold by Iced Cupcakes, a $1 will be donated to the Food Bank of Central and Eastern North Carolina.

Part of what is become a nice pocket of breweries (Big Boss, Sub Noir, and now Nickelpoint), Nickelpoint is looking to fill its taproom hours with food trucks.  The brewery has a taproom with TV and outside seating area. Wednesdays are exciting, too, as they hold a corn hole tournament (and food truck AmigoSan and Bo’s Kitchen are on the schedule this month).  Contact Greg at the brewery to get on their schedule (it looks like it is filling up).

I overheard Neuse River Brewing is getting really close (on Pershing like Nickelpoint) and Blackjack Brewing Company (on Whitaker Mill near Sub Noir).  It’s great to see a nice little district/pocket occurring there where people can hopefully walk to them. 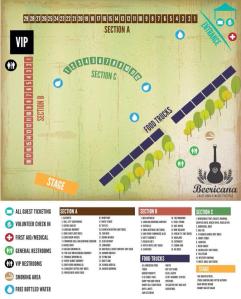 Standing ovation to Wayne and Adam at 919 Beer for pulling off a great event this weekend.  I talked to vendors, food trucks, and a breweries and all had positive feedback.  While many are already blocking every Saturday off in September next year, maybe I caught some sleep deprived organizers still happy for a successful event – but I got a hint that we don’t have to wait 365 days and I should be prepared to be amazed.

Awhile back Generation Food Truck down in Tampa, Florida organized the largest food truck parade in March 2014.  Looks like they want to organize another one this March 2015.  The goal is to have over 200 food trucks at the State Fairgrounds outside of Tampa.  If interested, email the organizer at Generationfoodtruck (at) gmail (dot) com.

The cafe has issues new hours this past week.  Monday through Friday you can eat there 10:30am to 8:00pm and Saturday 9:00 am to 8:00pm and Sunday 8:00am to 2:00pm.  Both Saturday and Sunday have brunch items and Tuesday’s Special revolves around tacos.  The menu also will start to look like the season with more Fall like items.

Last week, the blog announced two trucks getting store locations. Captain Poncho’s will open a location in Southern Village in Chapel Hill.  Sweet Traditions (previously used “by LeAne” in their name) will open at Wake Forest Crossing with an address of 12516 Capital Blvd in Wake Forest.  Sweet Traditions has been posting pictures on the renovations on their Facebook page.

Herban Legend (@herban_legend) out of Charlotte is selling two trucks and other equipment.  If you are interested, contact them at 828.773.7073.

Green Olive Deli is selling their truck for 35K.  If interested, contact Hugh at 919.815.8451 or email him at greenolivedeli@gmail.com.