Another year, another spring, which means another year running America’s Toughest Road Marathon, Blue Ridge Marathon.  This race I hold close to my running heart.  It is this course I ran my first 10-K and returned the following year to run my first marathon.

Why would someone choose American’s Toughest Road Marathon as his or her first?

END_OF_DOCUMENT_TOKEN_TO_BE_REPLACED 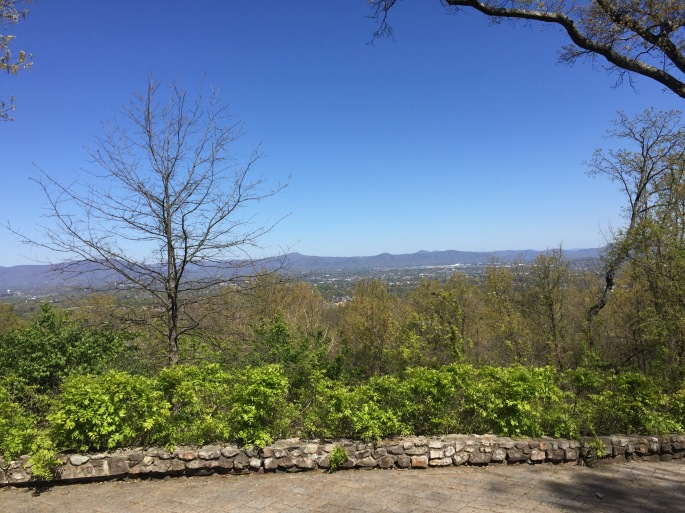 Continuing my four-year race streak, I am running in the Blue Ridge Marathon in Roanoke this April (Saturday, April 21, 2018 to be exact). Billed as America’s Toughest Road Marathon, the race covers over 7,400 feet in elevation change. This means not only does a runner manage the uphills of Roanoke Mountain, Mill Mountain (Home of the Roanoke Star), and Peakwood, but also the downhills associated with them.

Outside of bragging rights of running the toughest marathon, the race benefits the local area. The Blue Ridge Marathon series was created as a non-profit known as Roanoke Outside Foundation. As a 501(c)3, their mission is to make outdoor activity and environmental stewardship a core component of our community’s lifestyle by promoting a “conservation through recreation” philosophy. In addition, regional charities help host the races. As a result, the race series has been able to donate $35,000 last year and over $135,000 since 2010 to these groups.

I am not ready for a marathon, yet.

At the same start time, a 10K, half marathon, and the second marathon leg of the double marathon (already sold out!) will start with marathon participants. Or if you want gather some friends, you can run the marathon as a team relay. Or there is a family mile run that leaves after the other runners.  Whatever you decide, you will experience similar course segments.

The 10K runs up Mill Mountain, which rewards you with great views from the Roanoke Star of Roanoke. The Half Marathon follows the same course with a turn off to head toward Peakwood for a second mountain.

Is there anything to before or after the race?

On the Friday before the race, there is a free concert for the Ballast Point Down by Downtown. The music festival runs concurrently of the marathon weekend. On Saturday, a ticketed concert happens that night, which is a great recovery from the race. In addition, Saturday is the Farmers Market on Market Street, Roanoke has a great food scene, and growing craft beer scene with a Deschutes Brewing tap room blocks from the start and finish line and Ballast Point taproom in Daleville.

In addition to a fan of the Blue Ridge race series, I am also a Race Ambassador. Have questions and in the Raleigh-Durham area? I’ll be at a few run clubs this week to talk about this Spring’s race. I’ve ran the 10K, half marathon, and full marathon (the full was my first full ever!) I’ll be glad to share stories, places to eat, and places to stay.

Hope to see you there!

Want to run at a discount, use RACEBLUERIDGE. 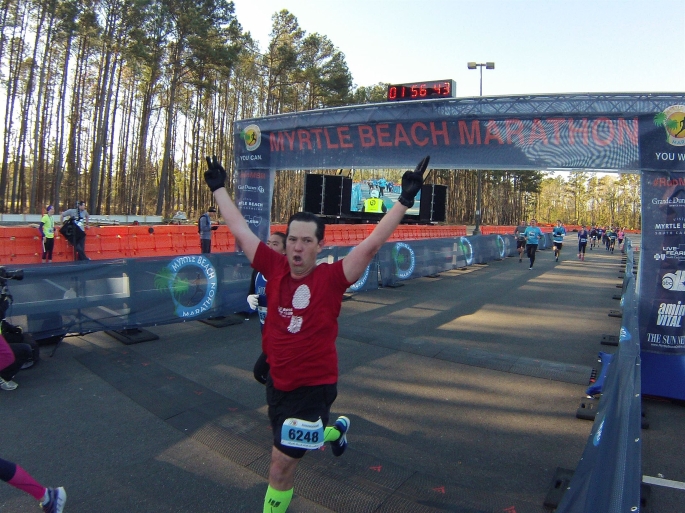 Three years ago, I did not resolve to change. I just eased into it subconsciously.  Because I set my expectations low (or not at all), it took the pressure off meeting unattainable goals.  My change was physical and mental, but whatever you wish to resolve the same blueprint can be used.

The change began when I started running Big Boss Run Club on Sundays. The shortest distance is 3 miles. I “jogged” the first quarter mile and walked the next mile. When I got bored and frustrated with the walk, I tried jogging again for maybe another quarter mile and walked again. For the pessimist, they would say I failed running 3 miles. But to change, favor toward optimism. The next week I ran more of the route. The third week I somehow jogged the full 3 miles. Continuing my perspective of just easing it in, I did not set this week as the week to jog the full distance. What I did do was continue my same routine and felt that day was the day to finish. I still remember the big smile on my face finishing that jog from the huge sense of achievement.

Use a race as a goal

After I was comfortable running the 3-mile route completely, I wanted to see what I could do at a race. My goal was to run the All American 5K in a couple months. A race established a mental place on the calendar to keep me motivated. Even today, when a race is not scheduled, I will lower the running load. So use the mental power a race will have to change you. Also, I enjoy races, because it provides a closed course with fluids and support. This provides an optimal environment to really see how far and fast I can go.

While running the All American 5K, the Blue Ridge Star-K, and later the Bull City Half Marathon my plan was run a few miles with progressing one mile each week until the race. When I registered for the Blue Ridge Marathon, I looked for a more structured training plan. A training plan is recommended as it takes a large goal like a marathon and makes it more digestible. Each week you experience a few runs with a weekend long run that will progress and help prepare for a marathon distance.

Find a Group or Run Club

As the saying goes “misery loves company.” All kidding aside, running with a group at least once a week can provide many benefits. Accountability is a big one starting out, because they will ask if you are running. Also your friends will look forward to socializing. Lastly your friends will provide advice on your goals and keep you on pace.

“A watched pot never boils,” is a true statement when it comes to making a change. Especially, if you are monitoring daily your running times, weight, or other metrics you have added. Looking at the small daily deviations and change will not be as apparent. But looking over months on your accomplishments of finishing a race, clothes are little less snug, or your recent positive feelings and confidence, it will come together that this is your year.

Here are some tools to help you get started

The best discount rate offered for Blue Ridge Marathon is available during Black Friday weekend.  I am huge fan of this race, which is also why I wanted to be a race ambassador.  Since this rate is so good, I wanted to share my experience so you wouldn’t miss out on a great Spring race.