One of the great advantages of food trucks are that owners are on the truck daily.  This bring a tight bond between the owner and their hungry patrons.  Since many of us only get that small time between ordering and grabbing our food, I wanted to help bring us together.  That’s when I got the idea, Behind The Wheel.  Gets me back to telling the story and further enjoying – being around food trucks. This week I highlight on Barone Meatball.

I remember when I first heard a meatball truck was hitting the Triangle food truck scene. It was a unique theme (still is) and sounded something I would enjoy.  I mean, who would not enjoy meatballs on a hoagie roll? I have been a repeat customer since those first days and both Barone Meatball and I knew each other as @baronemeatball and @RUWandering.  It took a Cary Creative Center rodeo for an opportunity, where Art and Stephen were introduced. Stephen Dewey is what I call the culinary scientist behind Barone Meatball.  I think of him as scientist as I picture him in the commissary like a laboratory.  Instead of beakers, pipets, and Bunsen burners, there are pots, spoons, and spices all around as he tinkers with cuisines to form them into delicious meatballs.  From the secret family recipe that travels back to the country shaped like a boot (which is probably in a bank vault somewhere in the Triangle similar to the Coke recipe in Atlanta) to a recent ball that reminds me of the Latin flair of Calle Ocho and little stands serving cafecitos, the Cuban, Stephen widens the meatballs culinary borders. 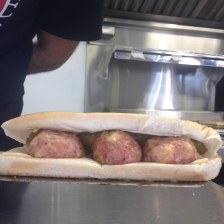 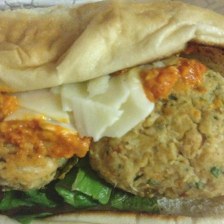 Why did you get into the food truck business?

Stephen has a long culinary history in the Triangle.  He started out at Cloos’ Coney Island down by his alma mater, NC State.  It was here where he learned from all aspects of the restaurant.  He next worked as sous chef at the local favorite, Bella Monica.  It was here he soaked up some experience hoping to turn into a restaurant idea.  The idea was to meld a sports bar idea and his Italian heritage together into a restaurant. However, with a growing family and the amount of expenses, the restaurant idea didn’t seem feasible. Lucky for us, that restaurant idea morphed into what originally thought to be a financial and time compromise, a food truck. 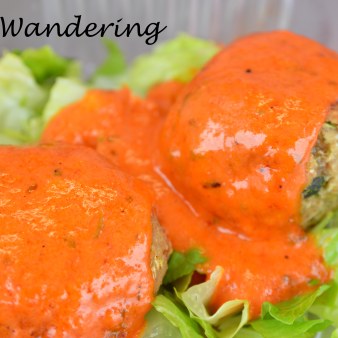 Do you still want to open a restaurant?

Maybe not as he originally planned, but changed to meet some of the lessons he learned from his food truck experience.  Stephen enjoys sports and would like to incorporate that into that theme when ready.  Right now, he wants focus something that will revolve around family.

What is your favorite menu item?

The Muffuletta balls.  From the olive flavor to the Sicilian connection, these balls are just his favorite.  He also takes pride in his Crab Balls, which are made from real crab meat.

What would you like to see on your menu?

One of the advantages of the menu is the versatility.  He would like to showcase that and have the menu revolve that.  The menu always has 4 items.  The Mom’s, which is the flagship and the first thought of a meatball, a special weekly meatball, a special monthly meatball, and a vegetarian ball (a menu item honoring his wife.)  Other than the sandwich, you can do my favorite the grilled cheese meatball, occasionally macaroni and cheese, or just a side.  The thought is to have a variety of balls and vehicles to serve them.

Some of Stephen’s awesome adaptations: 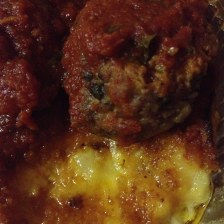 Mom’s Italian sitting on a cheesy bed of Macaroni and Cheese (Made with cheddar, asiago, mozzarella, and parmesan) 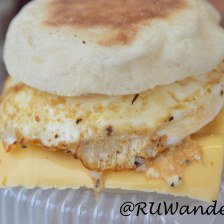 What hobbies do you have?

Before he operated the truck, he was into a Fantasy Baseball league.  One time at an event,  Schaumann (Sol Tacos) talked about being in fantasy baseball league.  When Stephen and Schaumann got talking, they found out they were both in that same league.  The one hobby he has been trying to stick with is running.  He doesn’t do it as much, but it is one he can still do.  One of the reasons he wanted to a sports bar was to watch sports while cooking.

Be sure check out Street Foodie Diaries Season 1, Episode 6 on Barone Meatball.  Please follow them on Twitter @StFoodieDiaries.

3 thoughts on “Behind The Wheel: Barone Meatball”