Happening This Saturday, March 21st in front of the Pittsboro Roadhouse (39 West St, Pittsboro).  A line-up has not been announced, but details and past rodeo lineups can be found here.

Every year the Granville Health System Foundation organizes a 5K and 10K Ambulance Chase, 5K Fun Run, 100 yard dash, and 1 Mile Family Walk in Oxford.  This year Baguettaboutit, Big John’s, Dawg Commander, JAM Ice Cream, and Taco Grande will be there from 4 to 7 PM. If you are interested, you can register at Stovall’s Gifts, 100 Main Street in Oxford on Race Day (Saturday, March 21st).

Also on Saturday, 919 Beer hosts their annual St. Baldrick’s event.  This year Adam Eshbaugh is having his head shaved for the cause.  His goal was $1,000 (which has been reached), but let’s keep donating for a good cause.  You can do so by going to his donation site.  We can all witness this at Aviator Brewing, 209 Technology Park Lane in Fuquay-Varina.  On site will be American Meltdown, serving up their award-winning melts.

The event will take place Saturday, March 21st from 12 to 5pm.

Wake Forest will celebrate it’s first one for 2015 on Sunday, March 29th.  They are located in the Over The Falls Shopping Center (Brooks and Elm Street, Wake Forest).

Over 30 food trucks listed for the event taking place on April 25th from 2 to 10pm on Fayetteville Street in Downtown Raleigh.  This event is one of those big events that puts a bow on NC Beer Month.  In addition to beer and food trucks, there is also live music that book end the festival.

The food trucks listed for the event are:

The event is free to attend.  Food trucks are a la carte, however, the event highlights beer, cider, and spirits made in North Carolina.  Tokens can be purchased at the Brewgaloo website (5 beertokens for $25 or taster cards, 5 – 3 oz pours for $5).

Huge fan of Bull City Ciderworks.  During February’s 919 Beer Taste The Triangle event, attendees learned that Bull City Ciderworks’ location has been purchased and they need to find a new location in Durham.  The support has been overwhelming as they have already raised over 60% of their $25,000 goal and have become one of the kickstarter projects for beverages over the weekend.  Here are more details on the kickstarter project.

Jake and the Comet Conductors Concert at Grove Winery

If you haven’t seen Will & Pops 2.0, one event they will be at is the Jake and the Comet Conductors concert at Grove Winery.  For details on the event, check out the event’s Facebook Page.

Watch Mattie B’s Public House, Tyler’s Taproom, Al’s Burger Shack, Buns and Only Burger prepare their favorite burger and side combinations for your vote.  In addition burgers and sides, Sean Lilly Wilson of Fullsteam will pair beers for each item.  Part of the ticket proceeds will fund the Durham Branch of the Food Bank of Central & Eastern North Carolina.  The event takes place at Fullsteam Brewery on April 25th.  Tickets available here.

All About Beer Magazine brings 250 craft and specialty beers to Downtown Raleigh’s Moore Square on April 11th.  The event is separated into two sessions an afternoon (12-4) and evening (6-10).

For those looking for next time, Durham hosts one in October (last year it was at Durham Bulls Athletic Park).

Yesterday, followers were updated that the countdown is on for Raleigh’s family-owned Cousins Maine Lobster.  The food truck is being built at the company’s facility, but it should be in the Triangle later this month.  If you want to be more in the loop,  catch updates @CMLobsterRAL.

Looks like Durham Central Park will have a few events with food trucks in the near future.

The Warehouse Blues events will kick off July 10th the opening date with three events to follow on Fridays afterwards. 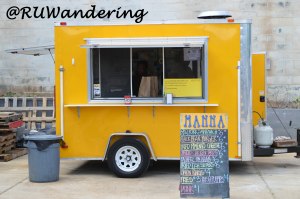 Food trucks and breweries are having special dinners at their taprooms.  Here are a few going on now:

Fatty Owl Farm (@ready4rabbit) in Pittsboro is looking to raise funds to add a processing center on their farm.  They have asked if food trucks might be interested in working with them on a reward.  I also noticed they have a reward geared toward restaurants.  If want to see more on the project, check out their barnraiser page.  Update: They have reached their $10,000 goal, but their complete goal was $25,000 (would require less alternative funding means).  This campaign ends in 7 days. 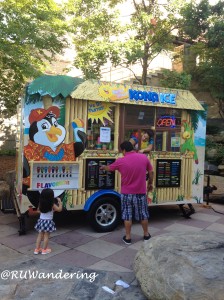 Kona Ice of Raleigh is hiring

The Shaved Ice is looking for drivers for their trucks.  If you are looking for a job, check out their job post.

I hope you can recall last year when Gussy’s organized a rodeo that was just for the Durham Rescue Mission.  The event was participated by Gussy’s, Stuft, Chick-N-Que, and Not Just Icing, where they provided food to those at the Rescue Mission for free.  Gus wants to do the event again expanding it to more trucks and Rescue Mission locations.  If your food truck is interested, contact Gus at 919-656-7096 or Direct/Private Message @GreekGussys.  The event was covered by many media outlets, including a live shot by Anthony Wilson from ABC 11. 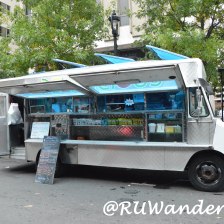 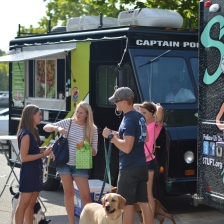 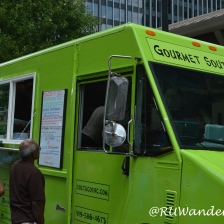 Captain Ponchos: location in Southern Village, Chapel Hill.  The date has been pushed back from originally posted.  However, based on the photos, things are progressing well.  Stay posted here.

And KoKyu BBQ will open Na’mean, a sandwich shop, in the near future.  The location is 4823 Meadow Drive, Suite 108. 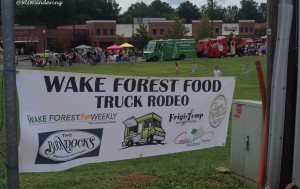 Location is 419 S Brooks Street in Wake Forest at the Over The Falls Shopping Center.  Rodeo will go on from 12 to 4pm. 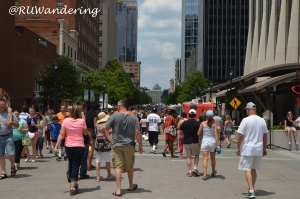 The inaugural Capital City Food Truck Convention organized by the DMV Food Truck Association (DC-Maryland-Virgina) is taking place Sunday, April 19th.  This one day event will gather current and new food truck owners, as well as, other people within the industry.  Currently, they are doing early bird registration until February 28th. For more details on the location, registering and agenda, see the association’s website.

Just outside of Tampa, Generation Food Truck is organizing another large food truck festival. You can follow them @100truckrally or find details at the Facebook Page.  The event is March 28th and 29th with a fee $250 for trucks interested.  The event is free for those who attend, but $6 parking.

The event is taking place Saturday, May 2nd down in Beaufort, SC.  The event is highlighting the community and they are looking for food trucks to promote the region.  For more details on the event, you can see more at their Facebook Page.

Circle your calendars now for ROAM 2015 in Orlando. This is the only food truck industry conference that brings owners and industry-specific people together.  I’ll have a special post just on my experience here in San Antonio.  But in short, if you are someone in the food truck business, I think you need to be here.  The dates are November 15 and 16th, which is Sunday and Monday.  Hopefully, those are admin days and only 8 1/2 hours (by car) between the Triangle and Orlando.  I hope we can exponentially expand our representation for this one.

I came back from the ROAM Conference early November 2014 was about the (RED) organization. The (RED) Organization fights AIDS in Africa where 2/3 of those with AIDS are located.  In 2014, the organization had events around the food and beverage industry.  However, they want to make it bigger and get everyone involved.  It would be a nice scene to see food trucks featuring a (RED) menu next June!

Is your food truck news here?  This post focuses on Triangle food trucks every week. If you got news, let the blog know using the form below.